It is with sadness that we report that PDC co-founder Tommy Cox passed away on Wednesday morning following illness.

A former players’ manager, Tommy linked up with Dick Allix and John Markovic alongside 14 stars of the sport to form the World Darts Council (now PDC) in 1993. Tommy took on the role of Tournament Director, a position he held for over 20 years until his retirement in 2015 as he organized the formats and smooth running of PDC events. Tommy was 72.

Tommy was Tournament Director for over 20 years. He was inducted into the PDC Hall of Fame in 2010 alongside Allix, recognizing their contribution in the formation and success of the Professional Darts Corporation.

“This is an extremely sad day for us all at the PDC,” said Chairman Barry Hearn. “Tommy’s contribution to our formation can never be under-stated and will never be forgotten.”

“He was known and respected throughout the sport and I know that he was proud of the worldwide growth of the PDC since he stood shoulder to shoulder with Dick and the players during darts’ split.”

“I can honestly say that Tommy was one of the primary reasons why I got involved in darts. He encouraged me to get into the sport and it’s something I’ll never forget.”

PDC Director Marcus Robertson, who worked with Tommy for over 30 years, said: “Tommy Cox was, more than any other individual, the founding father of the modern day PDC and the sport of darts.

“His 100% belief that darts had a better future that could only be provided by the PDC has been proved by the last 25 years as the sport has grown across the globe.

“At heart more than anything else Tommy was a true lover of the sport of darts and darts players. The current and future generations of Players are reaping the rewards that his tenacity and, he would admit, occasional sheer singleness of purpose, have created.”

Former world number one Rod Harrington, a PDC Director, said: “We were very close friends and it’s a sad day.

“The PDC wouldn’t where it is today if it wasn’t for Tommy. He was so strong – bombastic in a way – and such a great character and he believed in the cause, which made everyone else stay strong around him, including me.

“He became a very close friend, especially during the split. We’ve had some good times over the years and we had a lot of respect for each other.”

Tommy was a keen follower of Newcastle United, a horse racing enthusiast, lover of music and devoted family man.

Tommy will be missed, but not forgotten.

From all of us at Jester’s Billiards: We salute you, Sir.

For more info about darts at Jester’s Billiards, please check out our Darts page.

Jester’s Billiards, the BEST Sports Bar for SPORTS – billiards, darts and craft beers in Gilbert and East Phoenix! Look for us at the intersection of the main streets of Gilbert and Baseline Roads, in the Encore Plaza in Gilbert, Arizona.

Open 7 days a week, from NOON to 2 AM!
Happy Hour: Monday – Friday 4:00 PM to 7 PM
After 7pm: 21 and up ONLY
Before 7pm, anyone 18 and under MUST be accompanied by a parent or legal guardian
1515 N Gilbert RD in Gilbert. AZ.
on the SE corner of Gilbert Rd and Baseline Rd in the Encore Plaza

And if you’re “In The Mood for Food”, check out Rino D’s Pizza and Wings – right next door!!! 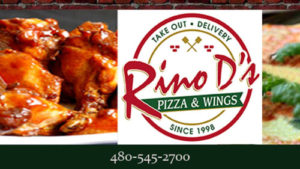