Chuck Puleo will be competing in the 2019 BetVictor World Cup of Darts in Hamburg, Germany this Friday June 7. He will be playing alongside Darin Young as part of Team USA. They will be matched against the Chinese team of Yuanjun Liu and Xiaochen Zong.

Chuck and Darin will be playing on Friday at 10 AM AZ time. The competition will be streamed live by PDCTV. You can watch the live stream at PDC.TV

Chuck arrives at this international event after his match in Ontario, Canada. Here’s what Chuck had to say about Ontario:

“I grinded all day, then kicked it up a gear when I had to.
That’s what makes a great dart player!”

Broadcast live on Sky Sports and PDC.TV, the tournament will see 32 countries represented by two players each in the unique event which features both doubles and singles matches.

China, who meet the USA team in Friday’s opening tie, suffered a late team change when Yuanjun Liu stepped in to make his third World Cup appearance following the withdrawal of Qingyu Zhan due to a passport issue.

For more on Chuck Puleo, you can read our 2017 interview with Chuck from here 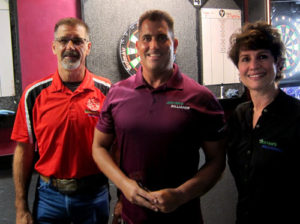 … and your can even read about the PDC world Cup on Wikipedia!

Jester’s Billiards is PROUD to be a sponsor of Chuck Puleo!
GAME ON! 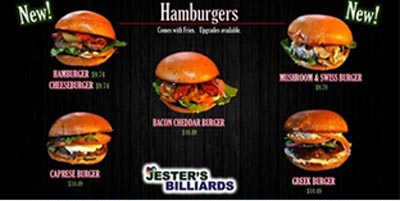